Okay, here’s a little bit about me that you probably don’t know and maybe don’t want to know. I can’t cook. I can bake because it’s mathematical and very OCD (See earlier post where I admit that compulsion.)

Basically, I have no real interest in spending a lot of time cooking and then eating in 2 minutes. At least with dessert you have leftovers.

I do however love the Food Network. Of course we all have our favorites. Mine happens to be Guy Fieri. I’ll watch him cook anything and I will say that the few things that I have attempted following his recipes have been awesome. Can’t say that for the rest of the things I have tried after watching shows from other hosts.

Besides a great cooking show, Guy also hosts Diners, Drive-ins and Dives. This show is rather like watching a train wreck. You just can’t turn away no matter how hard you try. It has no purpose, what are the odds you are going to end up in any of these locales?

Guy came to our fair state who knows how long ago and visted the Blue Moon Cafe in Baltimore’s Fells Point. 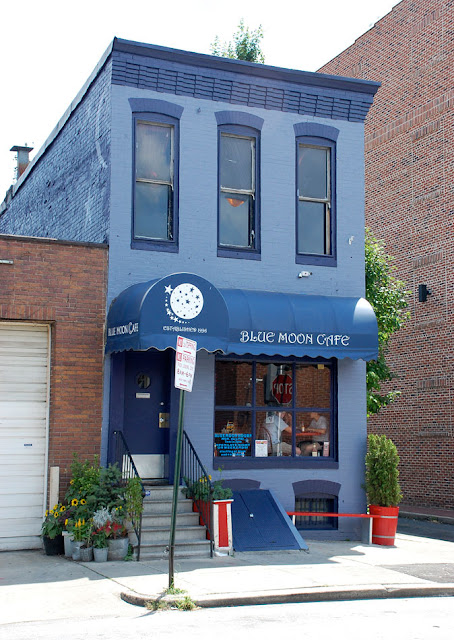 The Blue Moon Cafe is about as big as a minute and apparently serves Captain Crunch French Toast. So, finally ages later we go. The Captain Crunch French Toast isn’t even on the menu. That gave me pause. Fortunately our waitress was also the owner and said no problem. She promptly brought it with what she calls the food pyramid on top, whipped cream, blueberries, strawberries and bananas.

Here it is, this amazing concoction that takes Captain Crunch my favorite cereal to eat right out of the box as a kid to new heights. 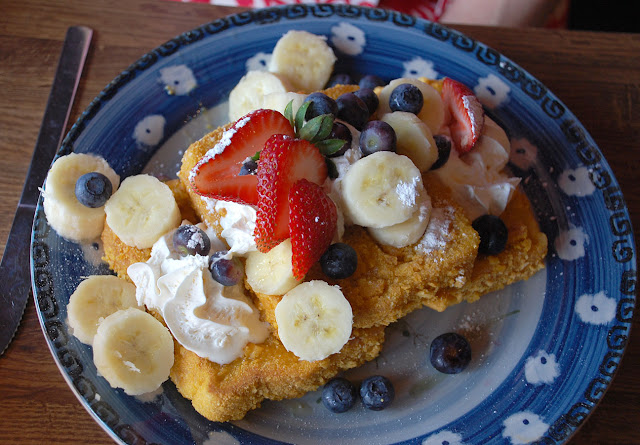 There you have it, nothing to do with stitching but if you ever find yourself in Baltimore with a hankering for Captain Crunch here’s your destination.